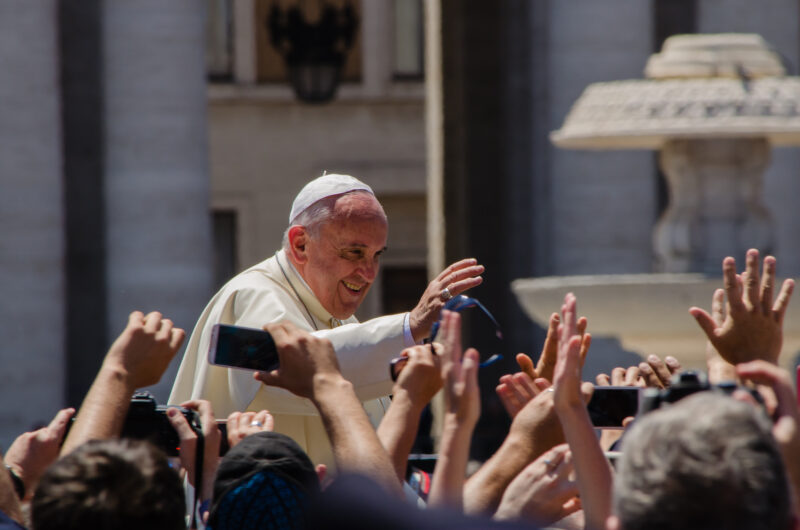 Pope Francis, in a keynote address to a group of social justice activists, harshly criticized the current economic system which, “with its relentless logic of profit, is escaping all human control. It is time to slow the locomotive down, an out-of-control locomotive hurtling towards the abyss.”

Addressing the IV World Meeting of Popular Movements, the Pope told participants that their dedication “is above all a proclamation of hope” reminding us that “we are not condemned to repeat or to build a future based on exclusion and inequality, rejection or indifference”.

In his address, he also called for the shortening of the working day and a basic income or salary so that everyone in the world may have access to the most basic necessities of life. He also praised the protest movement that followed the murder of George Floyd. He compared these protests to that of a “Collective Samaritan who is no fool! This movement did not pass by on the other side of the road when it saw the injury to human dignity caused by an abuse of power.”

In the name of God

Pope Francis said he realises some people, including within the Church, consider him to be “a pest” for defending the poor and most vulnerable, but that this won’t stop him given that this is part of Christianity.

“Thinking about these situations (of exclusion and inequality), I make a pest of myself with my questions. And I go on asking.” Pope Francis then went on to make a series of nine appeals “in the name of God:

He also lamented the “scourge of the food crisis” affecting millions in spite of advances in biotechnology. He noted that 20 million more people have been dragged into extreme levels of food insecurity this year, with increased destitution and increases in food prices. He expressed concern about the possibility of annual deaths from hunger exceeding those from Covid-19.

Pope Francis invited participants to dream together “because it was precisely the dreams of freedom and equality, of justice and dignity, the dreams of fraternity, that improved the world”.

Dreams “transcend the narrow limits imposed on us and propose new possible worlds,” the Pope said, adding, that dreams are dangerous for those who defend the status quo because they “challenge the paralysis that the egoism of the strong and the conformism of the weak want to impose.”

He urged everyone to confront together “the populist discourses of intolerance, xenophobia, and aporophobia” (hatred of the poor) which have only served to “divide our peoples, and to undermine and neutralise our poetic capacity, our ability to dream together.”