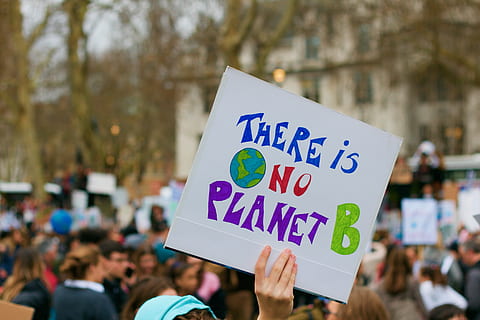 On 9 August 2021 Working Group I of the Intergovernmental Panel on Climate Change (IPCC) published a report, in which humanity is held responsible for climate change and the increase of extreme weather events. The life of people and all living beings and their ecosystems will be seriously affected if the rise in the planet’s average annual temperature is not urgently reduced. The forthcoming Glasgow and Kunming summits should be a turning point in keeping the planet habitable for all people living on it and for future generations.

These summits must serve to better understand and start correcting “the structural causes of the dysfunctions of the world economy and correcting models of growth which have proved incapable of ensuring respect of the environment”[1]. If global warming continues its steady growth, we will witness intense climate change and unprecedented destruction of ecosystems with serious consequences for all, but especially for the poorest and most vulnerable.

As members of the Catholic network Justice and Peace Europe, we echo Pope Francis’ encyclical letter Laudato Sì’. We hear the cry of the poor and the cry of the Earth. We therefore remind all European governments and the EU institutions and their representatives present at these summits of their past engagements and we call on them to espouse and propose the following:

We also call on all citizens to take stock of our situation, of the existential threats to the earth, to biodiversity and to life in all its forms. We call on all to become informed so that at the individual level and through citizens’ associations we become ready and willing to act and “capable of going out of ourselves towards the other. Unless we do this, other creatures will not be recognized for their true worth; we are unconcerned about caring for things for the sake of others; we fail to set limits on ourselves in order to avoid the suffering of others or the deterioration of our surroundings… if we can overcome individualism, we will truly be able to develop a different lifestyle and bring about significant changes in society”[2].

The General Assembly of Justice and Peace Europe