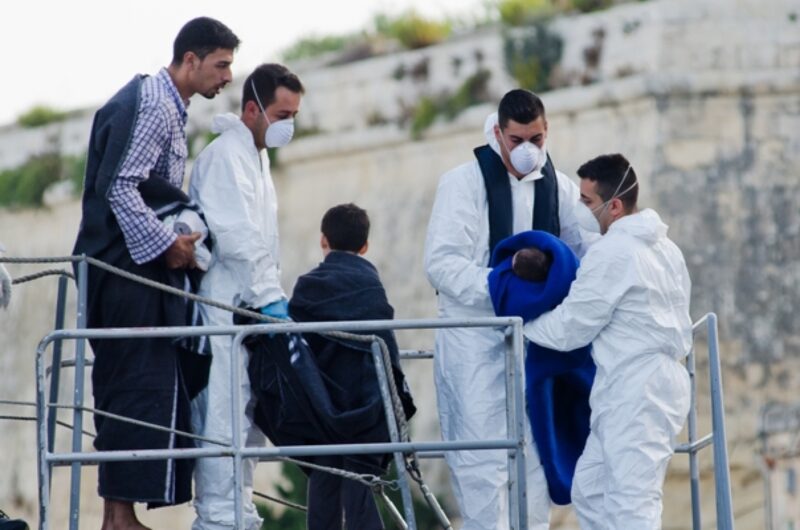 On the 5th of March, 2002, 250 asylum seekers drifted into Xlendi Bay, Gozo. Their arrival marked what would later be considered as the first major disembarkation of asylum seekers on Maltese shores. Since then, the issue of migration has practically never disappeared from our socio-political agenda. Among friends and colleagues, the pros and cons of welcoming people in a multicultural society are discussed. Come election time, the success or otherwise of our “integration” programmes is debated. In the meantime, whilst several thousands have lost their lives on their way to safety, those who made it safely to shore struggle on in their hope of making Malta their home.

Unfortunately, twenty years down the line, the general rhetoric surrounding asylum seekers and refugees, is still primarily marked by fear, suspicion and – all too often – general hostility. Instead of speaking to and with asylum seekers about their hopes, struggles, fears and dreams, we often prefer to speak about them, thus reinforcing the narrative that “they” do not truly belong here and never will. Faced with the reality of forced migration, as a country we continue to bury our heads in the sand by choosing hostility over hospitality, repression over empowerment and walls over bridges.

Policies which would make Malta a more hospitable country by fully respecting the dignity of all, have repeatedly been put forward by migrant communities themselves and the various NGOs which work in the field. On this 20th anniversary, as a Commission we instead want to focus on the creation of that culture of hospitality which requires the contribution of each and every one of us. If a culture of hostility blinds us to other people’s humanity, thus rendering us unable to notice the injustices they suffer, a culture of hospitality makes the invisible visible. Whenever – with our actions, more than with our words – we share what we have and who we are with others, we are recognizing the other person’s worth and common humanity. In fact, in many ways, the opposite of hostility, indifference and violent hatred isn’t simply their absence. It is hospitality.

In the book “Making Room: Recovering Hospitality as a Christian Tradition”, Christine Pohl invites readers not to underestimate the power of recognition which stems from hospitality. When society disregards certain people, concrete acts of respect and welcome are powerful signs that point to a different model of relationships, one in which the dignity of human beings is fully respected and recognized in all its complexity. That is why, to commemorate this 20-year anniversary, the Commission collaborated with the Jesuit Refugee Service (Malta) and Sejjaħli b’Ismi in organizing a series of dialogue sessions between migrants and the host community. This intercultural project culminated in a photographic exhibition which helps viewers go beyond what is visible at first glance or the “labels” which prevent us from recognizing the humanity of the persons we encounter, whatever their country of origin or legal status.

In a culture of hostility, to welcome is to resist. In an age of indifference, to care is to instil hope. As a country, we should not wait for another twenty years before learning that there are no “others” or “they”. There are only “us”.