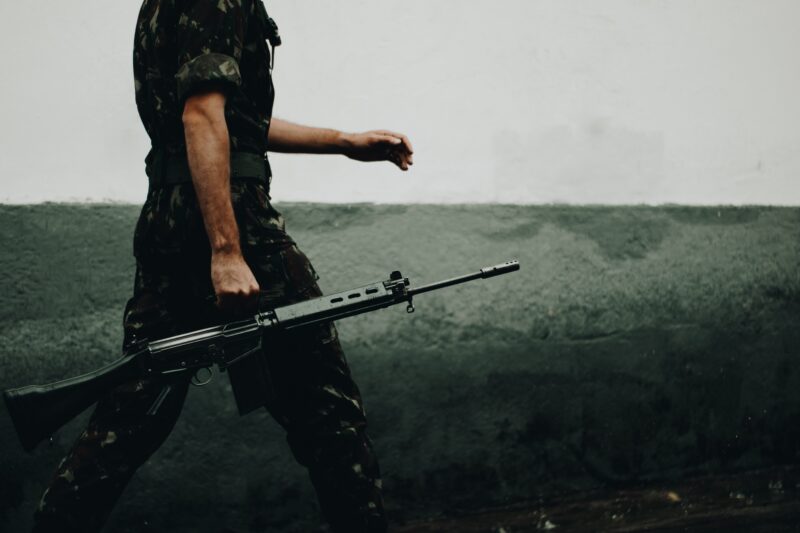 On the occasion of Human Rights Day on 10 December 2022 the European Conference of Justice and Peace Commissions wishes to offer some reflections on post-war justice (ius post bellum).

For many months now, the Russian Federation’s war of aggression against Ukraine has been raging. It is contrary to international law. Out of great concern for the people suffering from this brutal war, the European Conference of Justitia et Pax Commissions (Justice and Peace Europe) has repeatedly spoken out on this brutal war1, not only condemning the Russian aggression, war crimes and the countless violations of human rights, but also calling on political leaders to find a solution to this conflict. A first goal must certainly be to silence the weapons; but building on this, conditions must be created for a sustainable and just peace between Russia and an independent Ukraine and also between Russia and Europe.

Human Rights Day 2022 is an opportunity for us to express some thoughts on the necessary consolidation of peace in the aftermath of an armed conflict. It is our hope that the international community will make it its task to develop a binding ius post bellum under international law in addition to the existing ius ad bellum and the ius in bello.

International law does not yet know an explicit ius post bellum, but there are rich sources from which the community of states could draw. We recall, for example, the concept of responsibility to protect, which in its comprehensive understanding, is based on three pillars: the responsibility to prevent, to react and to rebuild. Catholic social teaching can also provide an important impulse for the formal development of a ius post bellum insofar it insists on truth and justice as fundamental pillars for the settlement of an armed conflict.

Truth in this context means that at the beginning of peace processes, the manifold suffering of people must be looked at, uncovered and articulated. For in war, we are not only dealing with military violence against soldiers or military installations. Rather, the war in Ukraine painfully shows us once again how spirals of violence escalate in the shadow of wars. The numerous civilian victims, the most serious human rights violations and war crimes have led to the question of genocide. Documentation through official investigators, but also via open-source intelligence (OSINT) is crucial. Victims and the public have a right to a complete explanation; it is central to preparing the ground for peace and reconciliation. Therefore, those responsible for the war must be named, war-crimes and violations of human rights and international law must be documented and those responsible must be identified. In an internal conflict this task can be entrusted to an independent truth commission, possibly under an UN mandate. In the given circumstances of the Russian aggression of Ukraine there is need for an agreed legal procedure both at national and international level. It should cover investigation, conviction, and punishment of those responsible for aggression and violation of human rights, laws and customs of war. Establishing truth, however, is not enough.

Justice must be done. Those responsible must be held accountable. With the International Criminal Court (ICC), the international community has created an institution for this purpose. We welcome the fact that the Prosecutor of the ICC has already opened an investigation into the situation in Ukraine on 2 March and has been cooperating with the international investigation team supported by EUROJUST since 25 April.2 Furthermore, because the “crime of aggression” does not fall within the jurisdiction of the ICC, we support the European Parliament’s call of 19 May for the establishment of a special international court backed by the United Nations to investigate and prosecute this crime. The Committee of Ministers of the Council of Europe, in a decision of 15 September, also expressed the need for a comprehensive mechanism to prosecute Russian aggression. We also note that on 23 November the European Parliament declared Russia to be a state sponsor of terrorism. Unfortunately, we must also note that the ICC is a blunt sword, as its enforcement power is blocked by the fact that important states refuse to recognize it. The acceptance of an effective ius post bellum depends not least on the fact that those responsible for suffering and crimes must answer to an international court. But this is, of course, only one side of justice. On the other hand, it is a just demand that reconstruction or rebuilding of infrastructure etc. must be borne not by the victims of an armed conflict, but by the perpetrators. Here, too, a post-war law anchored in international law would have to lay down the appropriate procedures. It might include the principle of universal jurisdiction and coherent prosecution and punishment of criminals in any country that can apprehend them.

There are several other issues to be dealt with in a true ius post bellum. With regard to Russia’s war of aggression against Ukraine, we mention the following: a reparation scheme for material damage needs to be set up and the future role of Russia in the international arena should be depend on compliance. On 30 November the President of the European Commission proposed to confiscate Russian assets frozen under EU sanctions and use them to finance the costly reconstruction of Ukraine. Furthermore, new efforts must be undertaken to work on a cooperative security model that focuses on the protection of people, their rights and the common good, and not on state self-interest. Obviously, a European security model needs to be part of a renewed global security architecture. And finally, a serious disarmament debate is urgently needed – especially with regard to nuclear weapons. Ius post bellum would offer our world the hope of moving from a purely post-war order to a genuine peace order.

In conclusion, we would like to stress that a ius post bellum is not synonymous with a sustainable and just peace. Rather, it provides the basis on which peace and reconciliation processes can be initiated. In his encyclical Fratelli tutti, Pope Francis clearly emphasized this connection: ” Nor does this mean calling for forgiveness when it involves renouncing our own rights, confronting corrupt officials, criminals or those who would debase our dignity. We are called to love everyone, without exception; at the same time, loving an oppressor does not mean allowing him to keep oppressing us, or letting him think that what he does is acceptable. … Those who suffer injustice have to defend strenuously their own rights and those of their family, precisely because they must preserve the dignity they have received as a loving gift from God. If a criminal has harmed me or a loved one, no one can forbid me from demanding justice and ensuring that this person – or anyone else – will not harm me, or others, again. This is entirely just; forgiveness does not forbid it but actually demands it.” (n. 241) Indeed, forgiveness requires the admission of guilt and the readiness to forgive. It requires encounter and dialogue. It requires the will not to see the enemy in the other, but rather a fellow human being. Above all, however, it requires patience and time, because peace and reconciliation processes are tasks for generations.

The Executive Committee of Justice and Peace Europe

[2] The international investigation group was founded by Lithuania, Poland and Ukraine. Estonia, Lithuania and Slovakia and most recently Romania have joined it.