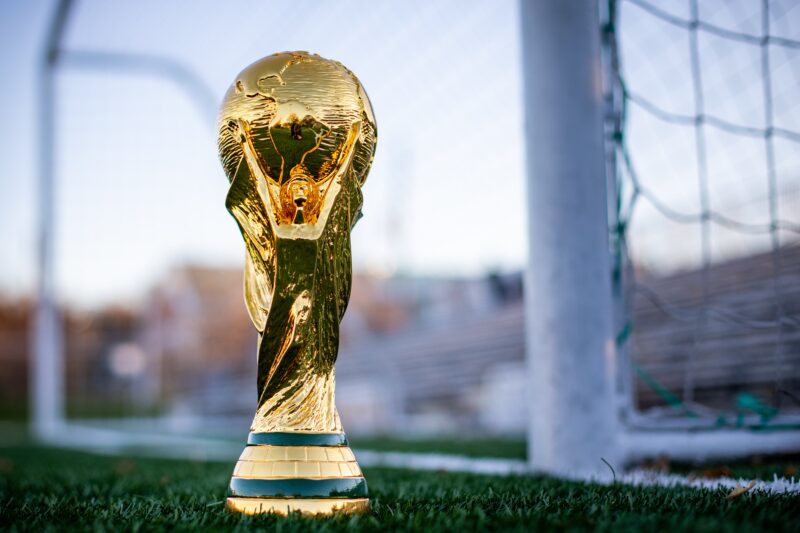 Ever since FIFA chose Qatar to host the 2022 World Cup, this Gulf Kingdom has been the subject of sustained critical scrutiny. What ought to be a celebration of talent, diversity and healthy competition is instead turning out to be a tournament overshadowed by stories of exploitation, murky transactions, and prejudice. In this case, the exercise in “sportswashing”, whereby corporate sponsors and host-nations seek to improve their reputation by leveraging the powerful emotions evoked by sporting events, does not seem to be going according to plan.

Away from glitzy stadiums and shiny-new infrastructure, there is a dark side to Qatar’s building spree. Qatar’s population is overwhelmingly made up of noncitizen migrant workers, primarily from Nepal, Bangladesh and India. Footballers playing in the World Cup are being spared the intense heat of the summer months. The construction workers who built the stadiums were not so lucky. Over 6,000 migrant workers have died in the last ten years, of which at least 37 were working on World Cup stadiums. According to the International Labour Organization, Qatar’s devastating summer heat, deemed too dangerous for footballers, is likely to have represented a significant factor in many of these deaths.

Moreover, many of these migrant workers were employed under the kafala system. This visa sponsorship scheme prevents workers from changing jobs or leaving the country without their employer’s permission. Sensitive to international criticism, Qatar has partially reformed this system which inevitably led to exploitation and abuse. Unfortunately, weak regulations and a lack of enforcement means that horror stories linked to unpaid wages and exorbitant recruitment fees still abound for the 2 million migrant workers who make up 95% of Qatar’s labour force.

When it comes to murky transactions, the Qatari authorities have always firmly denied that their bid to host the competition involved corruption. However, in the years since the World Cup was assigned, 16 out of the 22 FIFA executive-committee members who took that decision have been implicated in some kind of alleged misconduct. In 2020, after years of investigations, the United States Department of Justice confirmed for the first time that representatives working for Russia and Qatar had bribed FIFA officials to secure the right to host the men’s World Cup in 2018 and 2022 respectively.

As if this was not enough, Qatar is also infamous for its criminalization of homosexuality. Although the country has said that all fans are welcome to attend the tournament, same-sex relations between men in the country can lead to prison sentences of up to seven years. A report documenting arbitrary arrests and ill-treatment of LGBTIQ Qataris, was also released by Human Rights Watch a month before the tournament got underway.

Far from being a harmless and carefree moment of global celebration, the 2022 World Cup is turning out to be a moment of reckoning. Expected to emit around 3.6 million tons of CO2 – roughly equivalent to the annual emissions of the Democratic Republic of the Congo – this year’s tournament has lost the innocence of yesteryear. Notwithstanding the FIFA’s president plea to focus just “on the football”, the “beautiful game” does not exist in a vacuum. In a gesture of symbolic solidarity, some have therefore decided to boycott this World Cup. Others will watch it in split-screen mode: their love of the game co-existing with the corruption, exploitation and human suffering which have left an indelible mark on this tournament. The danger of course, is that, once the World Cup roadshow leaves Doha, there will be a let-up in the kind of international pressure which in recent years has led to some progress in workers’ rights for example. Sustained activism is time-consuming and largely frustrating. But it is the only kind of activism which will ensure some sort of lasting legacy for the people in Qatar.

The second danger is that of focusing exclusively on the shortfalls we are observing in a far-away country whilst turning a blind eye to the serious human rights violations occurring on our doorstep and in our midst. Needless to say, the situation of migrant workers described above is not very different from the kind of exploitation and abuse faced by migrant workers in Malta. Bringing about meaningful change in Qatar might be beyond the possibility of many of us. On the other hand, reacting with outrage to the multiple abuses perpetuated right under our noses and doing everything possible to make sure that everyone is treated with the dignity and respect they deserve, is very much an option available to all of us.