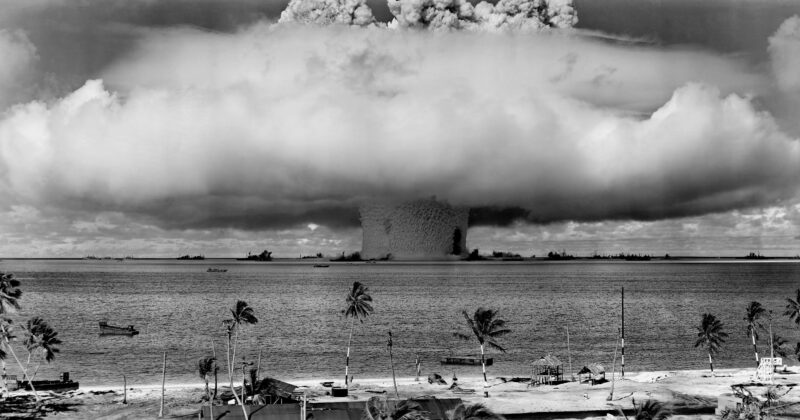 With Russia’s war of aggression against Ukraine and its consequences, the world seems to have regressed into a new Cold War dynamic, involving a dangerous rhetoric with threats of use of nuclear weapons. Eroding respect for the principles of international law, including arms control agreements, undermines trust within the international community. Along with renewed strategic rivalry among nuclear powers and evolving technologies, this makes the scenario of an intentional or accidental nuclear detonation very real.

The First Meeting of States Parties to the TPNW – the first legally binding international agreement to comprehensively prohibit nuclear weapons – sowed some seeds of hope. In the Final Declaration and the 50-point Vienna Action Plan, the States Parties reiterated their strong commitment to a world free of nuclear weapons. They outlined concrete measures to implement this vision, in complementarity with other instruments of the global nuclear disarmament and non-proliferation architecture. While officially relying on the doctrine of ‘nuclear deterrence’, several countries showed goodwill in attending the Conference as observers. Yet none of the nuclear powers declared to adhere to its outcome. Regrettably, also the European Union was not able to find unity in articulating an affirmative position to this principal legal instrument strongly inspired by ethical and humanitarian considerations.

Despite the alarming words of the UN General Secretary António Guterres at the opening of the 10th NPT Review Conference that “humanity is just one misunderstanding, one miscalculation away from nuclear annihilation”, the Conference participants were not able to agree on a final outcome document due to the objections by the Russian Federation. After the failure of the last NPT Review Conference in 2015 to reach consensus, this constitutes a highly disappointing and worrying development for the global arms control regime, particularly in the current geopolitical context which calls instead for de-escalation, stabilisation, dialogue and constructive cooperation in view of progressively rebuilding trust that has been gravely shaken.

In pursuit of the long-standing commitment of the Holy See to nuclear disarmament, Pope Francis has repeatedly called not only the use, but also the mere possession of nuclear weapons ‘immoral’, since “trying to defend and ensure stability and peace through a false sense of security and a ‘balance of terror’, sustained by a mentality of fear and mistrust inevitably ends up poisoning relationships between peoples and obstructing any possible form of real dialogue.”

As Justice & Peace Europe, we fully endorse the words of the Holy Father and wish to recall what he stated just before the launch of the two above-mentioned UN disarmament conferences: “Existing disarmament treaties are more than just legal obligations. They are also moral commitments based on trust among States and among their representatives, rooted in the trust that citizens place in their governments, with ethical consequences for current and future generations of humanity. Adherence to, and respect for, international disarmament agreements and international law is not a form of weakness. On the contrary, it is a source of strength and responsibility since it increases trust and stability.”

We believe that a world free of nuclear weapons is both necessary and possible, and are committed to promoting the “Ten proposals” that the Holy See put forward for this path in its contribution to the 10th NPT Review Conference. They include:

• Continued efforts towards non-proliferation and the fulfilment of obligations provided for under Art VI of the NPT, with a view to revitalising the idea of general and complete disarmament

• Universalisation of the Treaty on the Prohibition on Nuclear Weapons (TPNW)

• Nuclear risks-reduction to decrease dangers of accident, miscalculation or escalation of a conventional conflict to nuclear war

• Promotion of transparency and verification under the “trust but verify” motto

• Restoration of the firebreak between conventional and nuclear weapons, including the joint adoption of no-first-use declaratory policies

• Re-establishment of the arms control regime architecture, including the treaties that have recently collapsed such as the intermediate nuclear forces agreement and the Treaty on Open Skies, and the start of negotiations on a Fissile Material Cut-Off Treaty

• Fostering education for peace and development

• Creation of a global fund to assist the most impoverished peoples, drawn from military expenditures