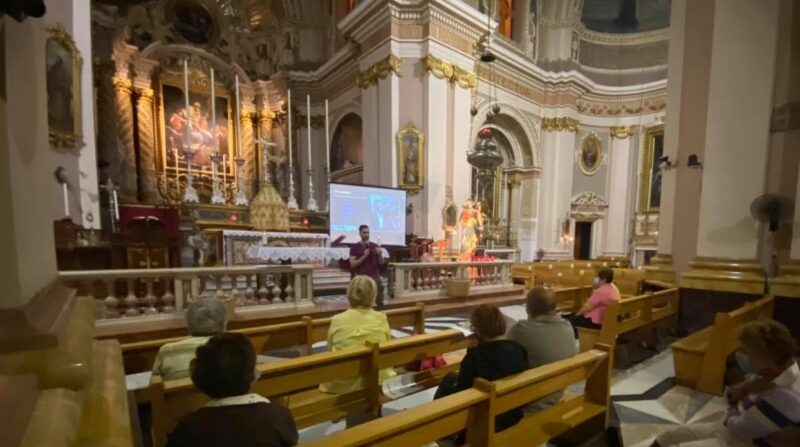 Hundreds of people, from all walks of life, have had the opportunity to encounter asylum seekers who found themselves seeking protection in Malta, thanks to the latest outreach programme Learning Human Stories.

These sessions, organized by JRS Malta in collaboration with SOS Malta and Justice and Peace Commission, provided the general public a chance to speak, listen and ask questions on migration, and more importantly, get an answer directly from the asylum seekers themselves.

More than a dozen different parish groups welcomed the JRS Outreach Coordinator and a guest asylum seeker, as speaker, during the numerous sessions held between October and January 2022.

A total of 27 session were held in dozens of locations around Malta and Gozo.

The idea of these sessions was to fight misinformation on migration, foster a culture of inclusion and promote active citizenship through the simple, yet very effective method, of encounter.

In total, this outreach programme managed to reach around 500 people from varying groups in both Malta and Gozo.

From the information collected during these sessions, it transpired that the majority of the participants were 60 years old or older. This is a demographic which is not normally reached by social media or the rest of the JRS online presence, making these sessions with the local community vital.

Many participants could not clearly identify what a ‘refugee’ really meant and, through these sessions, learned the correct terminology of ‘irregular’ instead of the term ‘illegal’, and the difference between an asylum seeker, refugee, and migrant.

The ‘encounter’ stage between participants and migrant story-tellers left a strong impact on the audience. The testimonies presented by migrants were described as ‘shocking’, ‘powerful’, and ‘eye-opening’ to new perspectives and difficulties migrants endure when traveling till they reach their destination in Europe.

It is also significant to add that participants identified a reality of racism, discrimination, and persecution when it comes to immigration in Malta. Above all, participants noted that they were able to feel more empathy towards those who escape wars and persecution after hearing the migrants’ perspectives.

The programme has also given participants insight on the legal procedures that migrants undergo once they arrive in Malta; procedures in which many described as ‘unfair’ and ‘horrible’. Asylum seekers who spoke at these sessions all expressed their concern regarding the Maltese system on detention centres and screenings.

Following these sessions, JRS Malta also recorded feedback from the asylum seekers who participated in these talks. They said they feel more confident in sharing their stories with others. They also said that their public speaking skills were improved.

They did however express concern over the fact that, in some cases, the public treats them with ‘pity’ rather than ‘respect’.

Following the encouraging feedback, JRS Malta intends to dedicate more effort into creating safe spaces where the public can meet, speak and listen, first-hand, experiences of asylum seekers who end up in Malta looking for a better life.